November 11, 2020 / Comments Off on Battery Park City: from zero thought to zero waste 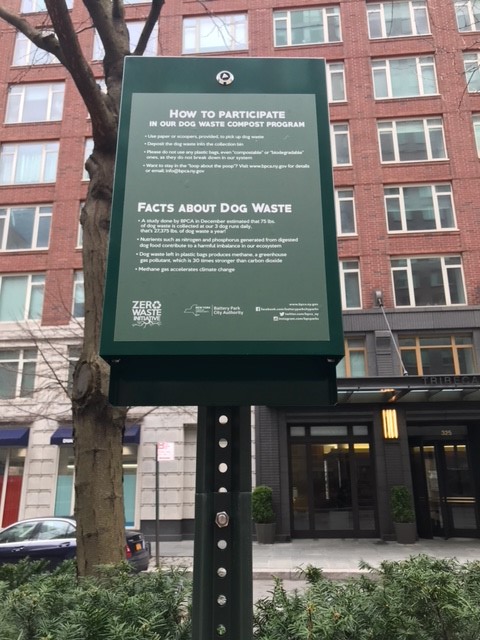 When Ryan Torres, Battery Park City Authority (BPCA) assistant VP of Parks Operations, said, “We should compost the dog waste from the runs,” at an all-staff meeting, everyone was taken aback, but nobody was skeptical.

After the initial shock and disbelief, the proposal that Torres made last summer started making sense to the staff. The staff spent a week collecting data to back up her idea, so she came to the table prepared.