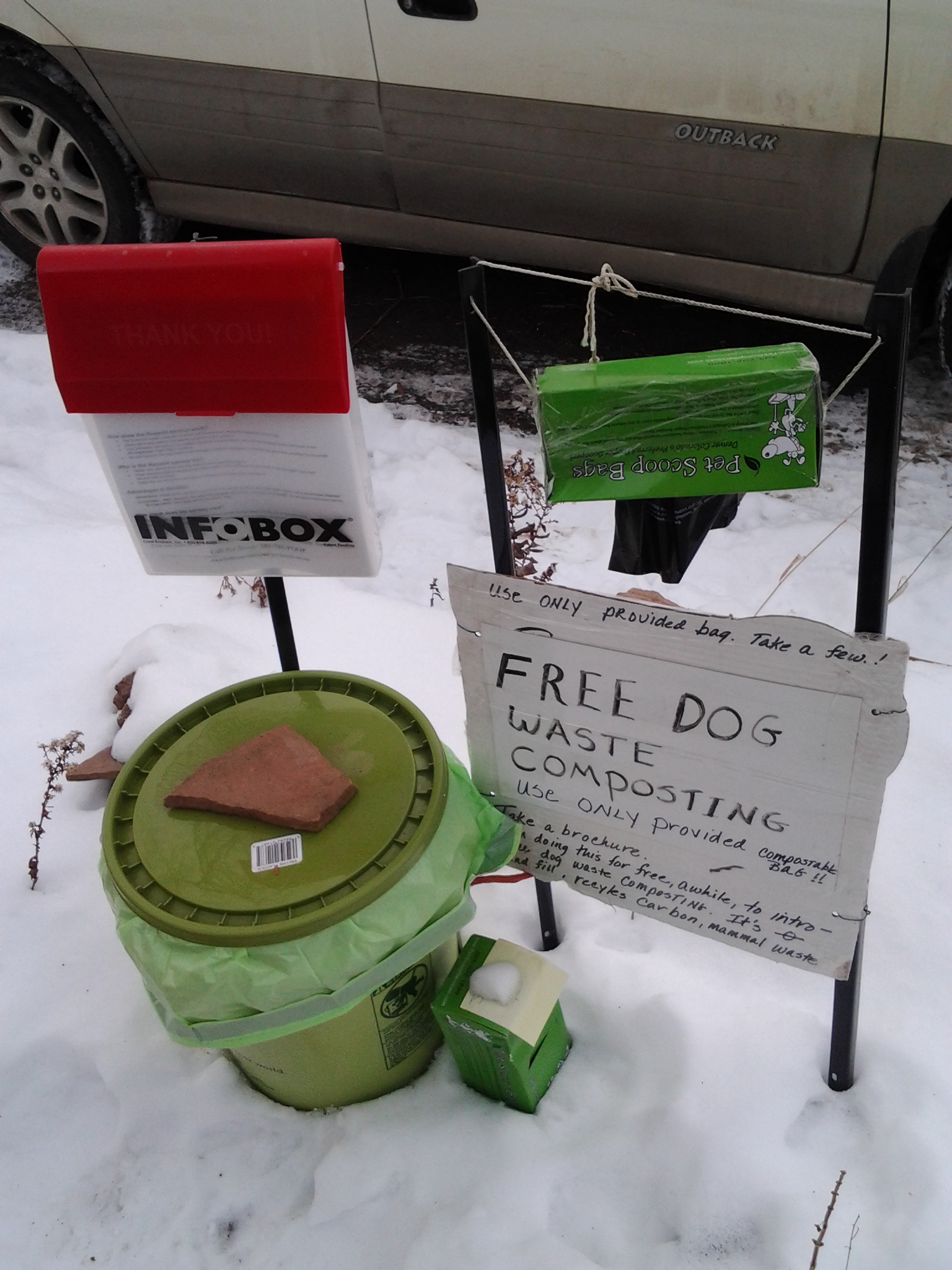 – The town of Gilbert, Arizona teamed up with Arizona State University to implement a dog waste biodigestion system at Cosmo Dog Park. (This project was inspired by Park Spark, a temporary interactive art installation at Pacific Street Park in Cambridge, Massachusetts that used methane from biodigested dog waste to light a park lamp.)

– The City of Whistler contracts with a local compost facility which transforms dog waste from its park red bins into topsoil. Their Pick Up Protocol (PUP) program provides compostable bags along with signs, bins and composting services. The compost is tested in accordance with RMW guidelines and meets provincial requirements for Class A compost.

– The University of Florida ISF Extension has posted instructions on safely home-composting dog waste and use of finished compost.