How Edmonton turns your dog doodie into industrial-strength compost 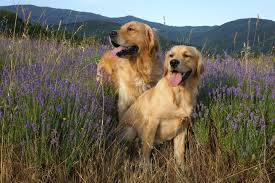 For nearly a decade, the City of Edmonton has been turning dog poop into compost. With an estimated 150,000 dogs in the city, there’s a heap of the stuff to process.

“We process the cat poop a little bit differently, because it has different pathogens that are difficult to address,” said Jawad Farhad, general supervisor for organic processing and management. “But generally dog poop is much easier for us to deal with.”

“We are not the only ones who do this. A lot of municipalities do allow for the composting of dog poop.”

In Edmonton, once poop is placed in the trash, there is a “whole system of checks and balances” to make sure it stays out of the landfill, Farhad said.

“We want to divert as much waste as possible, whether it’s organic or non-organic,” he said. “Once it’s made safely into a compost, the nutrients can go back in the land and be put to good use.”